Building damage happens all the time. And determining whether the damage is due to improper construction or a manufacturing defect, as well as who is at fault, can be the basis for plenty of construction litigation cases. Building owners can use destructive testing to determine who is liable for damage or defendants may use it to prove there were no defects in the materials or methods used during construction, making it a valuable capability. So, what exactly is destructive testing?

What is Destructive Testing?

Destructive testing involves several stages including, but not limited to, testing building components under different conditions to see if it adheres to specific testing standards, such as ASTM E1105.

Using ASTM E1105 as an example, the 3rd party company conducting the testing would identify a section of the façade including exterior windows, curtain walls, skylights, or doors and their installations and perform water penetration testing to specific wind speed equivalents.

The primary goal of destructive testing is to determine how well certain materials hold up under normal weather conditions for a specific area. Of course, being true to its name, destructive testing oftentimes means the material can no longer be used after going through the process.

How is Destructive Testing Used During the Litigation Process?

When it comes to construction litigation, destructive testing is used as a last resort. We asked Dan Johnson, a Senior Consultant at GCI with over 30 years of field and laboratory experience in the evaluation of fenestration products and façade performance, to walk us through the process.

“Initially, we get the request from the customer,” explains Dan. “Which is typically either the window manufacturer, law firm, or the insurance company and then we review all the documents to get as much background information as we can, of what the issues are and what products are included.”

Some of the documents reviewed in this process, depending on the type of building, could include blueprints, building codes, project specifications, and component manufacturer’s technical documents.

“We would then be involved in an ‘all-party inspection,’ which is called by the plaintiffs and they’ll say, ‘Okay, we have these issues with XYZ parties.’”

The all-party inspection includes the plaintiff and all of the defendants named in the case, which could include everyone even remotely involved in the construction of the exterior, from the general contractor and subcontractors to product manufacturers, anyone the plaintiffs may believe is at fault.

“So, basically what we do is we begin with a visual inspection,” Dan says, “and go through the entire building without tearing anything apart, and then if there are issues that need to be resolved that’s when the destructive testing can start.”

How Often is Destructive Testing Used in Litigation Cases?

Destructive testing tends to be routine in litigation cases involving disputes about construction defects. Litigants on either side may order destructive tests when there’s a need to determine:

While the term destructive testing may conjure up thoughts of sledgehammers being driven through drywall, at GCI we deploy a forensic and scientific approach to not only lessen the impact of testing but to identify and precisely determine the root cause of building envelope problems. One way that’s possible is with standardized testing.

Earlier, we alluded to one type of destructive testing, ASTM E1105, but there are also similar types of standardized destructive testing that are commonly used. One such type is ASTM E2128, which is the Standard Guide for Evaluating Water Leakage of Building Walls, which states, “Investigative techniques discussed may be intrusive, disruptive, or destructive. It is the responsibility of the investigator to establish the limitations of use, to anticipate and advise of the destructive nature of some procedures, and to plan for patching and selective reconstruction as necessary.”

When the third party conducting your destructive testing is adhering to strict standards, such as those laid out by ASTM, you can be assured you’re receiving objective and forensic information that can be safely used in litigation.

What Happens After Destructive Testing?

“The majority of [cases] don’t go to court, usually they get settled. Quite often what happens, after the destructive testing, is everybody gets together, all the different sides, and say, ‘Yes, I am responsible for 25% of the issues in the building.’ And sometimes not even to the mediators, just the lawyers will just work it out. The lawyer will say ‘We have $500,000 in damage, Mr. Contractor. You’re responsible for all of it.’ And the contractor will say,  ‘Well my installer is responsible for 25% of it.’ And then they’ll work those numbers out.”

Of course, destructive testing is usually preceded by some sort of damage that needs to be repaired. So, once it’s determined who is responsible for the cost of damages, repairs are scheduled. At GCI, we go beyond testing and the courtroom to offer inspections that ensure repairs are handled correctly.

Destructive Testing sounds messy but when it comes to building damage, sometimes it takes just a bit more controlled and precise damage to understand the cause of the problems and who is responsible. That’s where Dan and the rest of the team at GCI come in, providing expertise and experience. 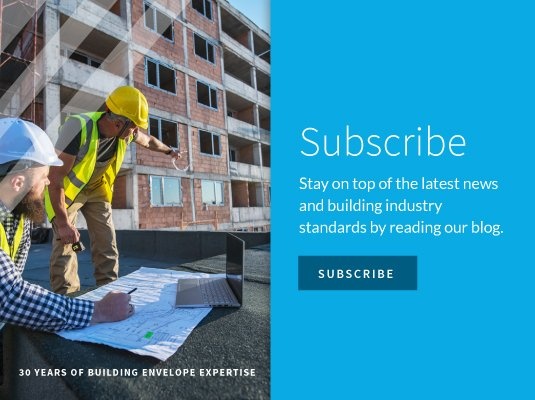